Extraordinary Meeting of the Council 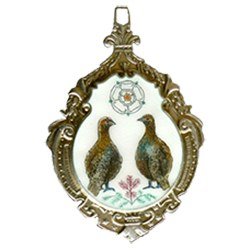 The Chairman of the Town Council has called an Extraordinary Meeting of the Council to discuss the Councils comments on the Hill Top Housing development Planning Application 19 00742 FULL.

Members of the public are asked to put any questions in writing to the Council in advance of the Meeting so that these can be answered effectively during the Meeting. Please contact the Clerk by email- Clerk@leyburntowncouncil.gov.uk to request the details to join the meeting and to submit questions.

Members of the public are reminded that they may speak ONCE to the Council to put their opinion forward and have 3 minutes each to do so.

The Council have invited and requested that a representative from Yorvik Homes attends the Meeting also, but Yorvik have NOT confirmed that they will available to answer questions.